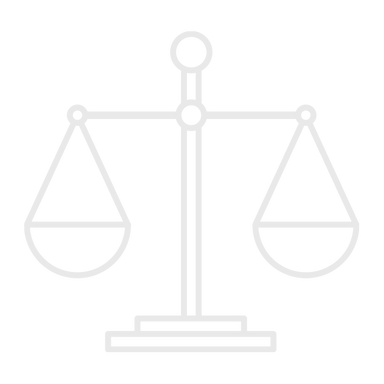 A widower from Ireland was the sole heir and executor to his late wife’s Irish Will but experienced difficulties with the German Land Registry to transfer property in Germany from his late wife’s name to his.

The facts of the case were:

His late wife was the owner of property in both Ireland and Germany. She had left a ‘Last Will and Testament’ which had been professionally prepared by her Irish solicitor and signed in the presence of two witnesses. The Probate Court in Ireland had accepted the validity of the Will and had granted probate.  The Grant of Probate in Ireland was accepted by the Irish banks and the Land Registry in Ireland to transfer assets in Ireland to him.

However, the Will had not made any provision for any property abroad.  Initially, the widower thought that he may be able to acquire ownership of the German property in his name by simply sending the original copy of the Will and the Irish Grant of Probate to the German Land Registry (‘Grundbuchamt’).  However this was rejected.

An Irish lawyer might say:  There seems to be an issue; since Irish Succession Law governs -from the Irish point of view- real-estate property in Ireland, but not abroad?

However, the German approach is different:  Like almost all other Member States of the European Union, Germany has accepted that its succession/probate law is influenced by the EU Succession Regulation (‘Regulation (EU) 650/2012 on jurisdiction, applicable law, recognition and enforcement of authentic instruments in matters of succession and on the creation of a European Certificate of Succession’).

One of the principles of this EU Regulation, is that there is no partition of real-estate. Thus all the worldwide estate of the deceased shall be governed by the same succession law, which is usually the law of the jurisdiction where the deceased had his last habitual residence.  To make it easier for the heirs to wind up the estate in all jurisdictions that are involved, a ‘European Certificate of Succession’ can be issued as an official probate document by the Probate Court of a Member State that is locally competent for this probate case.

Unfortunately, Ireland has not yet opted in, so it is not a Member State to this EU Regulation.  In our case, this led to the situation that offices in Germany did not accept the Irish Grant of Probate, so the widower who is sole heir and executor of his late wife could not change the ownership of the German property in his name with the German Land Registry by simply producing the Irish probate documents.

For this reason, he retained our services to help him wind up the estate in Germany, which included the requirement to file for a Certificate of Inheritance (‘Erbschein’). This is an important document that is required to show the Land Registry (‘Grundbuchamt’) who the heir or heirs to the deceased’s estate are.

The German Land Registry shall name them as owners after the former owner has died.  We checked the details and identified potential issues, so it was essential that we handled the case with sensitivity and care.

The first set of issues related to the Will, as it was:

a) Written in English

In Germany, the Probate Judge may request an official translation of all documents, other than those in the German language, unless the Judge feels competent to read and understand it.  Therefore,  it is advisably to have a Will made in the German language, if possible.  In this case, we managed to avoid the request of incurring a costly translation that could have delayed the process further, because the Probate Judge was able to read and understand the Will in English.  However, you can never be sure if the Judge has sufficiently good language skills and is willing to use them.

b) Signed by the testatrix and signed by two witnesses

c) Typed on a computer

The Will was neither hand-written nor was it notarised following the German rules about notarisation (this is very different from just certifying someone’s signature).

German law requires that either the entire Will is handwritten by the testator, or otherwise it must be notarised by a German Notary Public or by a German Consul (exceptions to this formal requirement concern particularly the execution of a Will with the assistance of a captain in international waters and a few other rare cases).

By researching these issues, we found a way to resolve them: Ireland and Germany are both ’Contracting Parties‘ to The Hague Form of Wills Convention’.  This means that if the Will was made in a valid form in one of the two countries, it will be accepted by the other country as well.  Therefore, if the Will that was made in Ireland meets all requirements of Irish law, it therefore becomes a valid Will in Germany as well.

The Probate Courts in Germany are faced with the majority of all cases being intestate, with about 30% of cases from Wills written in Germany, and the rest coming from all over the world.  Therefore, German Judges do not have much experience with Irish-German cases.  Hence, it is good to be assisted by a lawyer who is experienced in international cases, so he can apply the applicable laws and international conventions in order to fast-track the proceedings.

The next step in the probate proceedings in Germany was for the Probate Judge to check substantive law which meant that he had to study the Irish Succession Act etc.  As mentioned above, German law does not accept a partition of an estate, and since the testatrix had her habitual residence in Ireland, Irish succession law is applicable on the succession in her property in Germany as well.  Again, it was of advantage concerning the duration of the proceedings that we mentioned the relevant articles of the Irish Succession Act in the application for a Certificate of Inheritance (‘Erbschein’).  We were also able to provide books about Irish law in the German language to save the German Probate Judge valuable time researching.

In the last step, it was necessary to hear from all possible heirs if the testatrix had died intestate.  This is a requirement in German probate proceedings to make sure that a Will is not forged and that the testator did not lack testamentary capacity; this process allows the legal heirs the opportunity to provide their arguments if they should think something was wrong with the validity of the Will.  In our case, the legal heirs were the children of the testatrix who live in another country.  Thus it took a while until the Probate Court’s mail was delivered to them, and then they had another four weeks to write back to the German Probate Court.  After hearing in written form was completed, the Certificate of Inheritance was finally issued to the widower, which officially recognised him as the sole heir to his late wife.

We have now applied for registering the heir as the new owner of the property in Germany, and currently the Land Registry in Germany is checking some formalities.

If you consider this case study to be lengthy, you may now appreciate the length of time and intricacies that it takes to wind up an international estate, particularly if the Last Will and Testament do not match all of the necessary jurisdictions that are involved.  Some of these issues that we encountered could have been avoided and the probate proceedings speeded up in Germany if the Irish Will had been made in a slightly different way.

If you would like to know more about how I can help you, please contact me for an informal and friendly chat.

To be continues by more case studies soon. 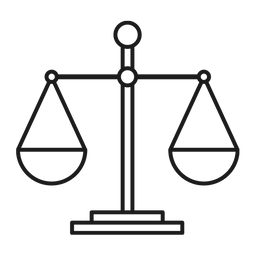